Ideas For Good: 10 New Medical Innovations That Are Saving and Improving Lives

Scientists and inventors today are developing new medical technologies with unprecedented speed and innovation. These new tools enable doctors to diagnose and treat disease and injury in ways that would have been unimaginable just a few years ago.

These new discoveries in medicine are a perfect demonstration of one of our passions—how innovation can create tangible solutions to problems once thought insurmountable. Let’s have a look at 10 new medical technologies that are changing the field of medicine, improving and extending lives in the process.

Scientists have long puzzled over the fact that the immune system seems unable to attack cancer cells. But in uncovering the reason behind that inability, researchers have discovered a way to use the body’s own defenses to battle cancer.

In studies, the drugs have been found to help patients with melanoma and kidney, lung, breast, ovarian, and colon cancers, among others. And interest in the new drugs is rising—Science Magazine named cancer immunology its “Breakthrough of the Year” in 2013. 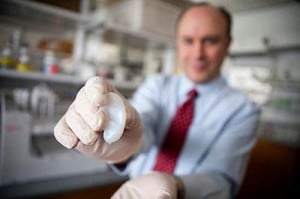 The new technology enables researchers to create bone, tissue, and even organs with the same functionality as their natural counterparts. These artificial human body parts have a huge range of potential—from correcting congenital deformities to healing broken bones to providing organs for the thousands of people awaiting donations.

Researchers are harnessing new ways to use the human body to power critical medical technologies. Scientists at the University of Michigan created a device that harnesses electricity from a beating heart to power a pacemaker. This technology could eliminate the need for surgeries to replace pacemaker batteries—expensive surgeries that patients with pacemakers must currently undergo every seven years.

Related Content: Building an Innovation Culture from the Ground Up

For the 2.8 million Americans with epilepsy, seizures are disruptive, anxiety-producing, and sometimes dangerous. In fact, the risk of dying for a person with epilepsy is 1.6 to 3 times higher than the general population.

For patients with intractable epilepsy, the current treatments available have failed to control their seizures, but a new neurological device could change that. The device, which is surgically implanted, detects the triggers of an impending seizure and delivers short electrical pulses to interrupt them before symptoms occur. A clinical study reported a 38% reduction in seizure frequency in the treatment group, compared to a 17% reduction in the control group. And amazingly, the results continue to improve with time. 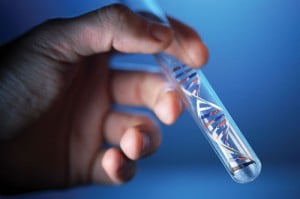 Gene therapy is emerging as a viable way to treat medical conditions, especially those that result from a single defective gene. In gene therapy treatment, scientists transplant normal genes into cells in place of missing or defective cells to correct genetic disorders.

Studies have found gene therapy to be effective in treating patients with leukemia and other blood disorders. In fact, two patients who were given Bluebird Bio’s experimental gene therapy for the rare blood disorder beta-thalassemia were able to stop receiving blood transfusions within 12 days of receiving the treatment.

In 2013, the FDA approved a new technology featuring a retinal prosthesis —often known as the “bionic eye.” Its successful creation is one of the most recent and groundbreaking advances in bionic technology yet.

The device can treat retinitis pigmentosa, a disease that causes most patients to be legally blind by age 40. A tiny camera in the patient’s glasses captures images and converts them into electrical pulses. The optic nerve then transmits the pulses to the brain. While it doesn’t restore normal vision, the device allows patients to identify people and objects and detect light and dark.

Aggressive cancer treatments can do more harm than good. But new tests have the potential to transform the ways physicians diagnose and treat cancer. Genomic tests focus on groups of genes in an individual’s tumor to predict how it will behave.

One test helps determine whether chemotherapy is advisable in certain breast cancer cases, or if the patient will benefit from hormonal therapy alone. Another test looks at the gene activity in a tumor sample to determine the likelihood that colorectal cancer will reoccur. And this type of testing is on the rise--in 2013, the FDA approved a new genomic test for prostate cancer.

VETI-GEL™ was, incredibly, developed by a 20 year NYU undergrad student. It is a gel made from plant polymers that instantaneously stops bleeding without needing to apply pressure. It takes just a fraction of a second for the gel to activate the body’s own clotting process, creating a durable clot over the wound site, which can control mass bleeding easily and effectively. It is capable of controlling both internal and external bleeding, and in tests it has been demonstrated to control a wide variety of wound sizes.

The substance can be stored at room temperature which gives it the potential to be included in first aid kits, taken on hikes to remote locations, even used in war zone clinics. It’s an effective, immediate solution to trauma care that has the potential to save millions of lives. Right now, it has been approved for use in veterinary care and it is awaiting FDA approval for human use. 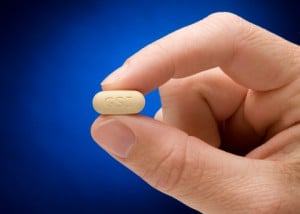 Historically, patients with hepatitis C have had to endure lengthy treatments (up to 48 weeks) with difficult-to-tolerate drugs. Now, a new drug called Sofosbuvir (brand name: Sovaldi®) hopes to change all of that.

It is the first all-oral treatment for hepatitis C and it has been shown to improve treatment response rates by 90% or higher, with far fewer side effects than the alternatives. Having secured FDA approval and with doctors calling it a “game-changer,” the prospect of curing patients suffering from hepatitis C seems more viable than ever.

Our final look at new medical technologies is one you likely already have in your possession—your smart phone. Developers are moving beyond tracking exercise and calorie consumption to exploit the potential of smart phones to improve health.

New developments include a remote stethoscope that can transmit your heart rhythm to your doctor, a wristband that detects nutrients released into your bloodstream as they are broken down during and after your meals, and an iPhone case with electrodes that lets you send your heart data directly to your doctor.

These new technological developments are changing the landscape of medicine—reducing costs, creating breakthroughs in treatment and potentially saving lives.

Stay tuned for more articles from our Ideas for Good series and let us know what you think in the comments below.

Great inventors are, by nature, problem solvers. When their talents are put toward ideas for good, the possibilities are truly endless. Which of these technologies is most exciting to you? Let us know in the comments below and stay tuned for more articles from our Ideas for Good series.

*All trademarks used belong to their respective owners. Innovation Asset Group is not affiliated with them and all information provided comes from publicly available sources.